Rivet Joints, Types, and Stresses Acting on Them 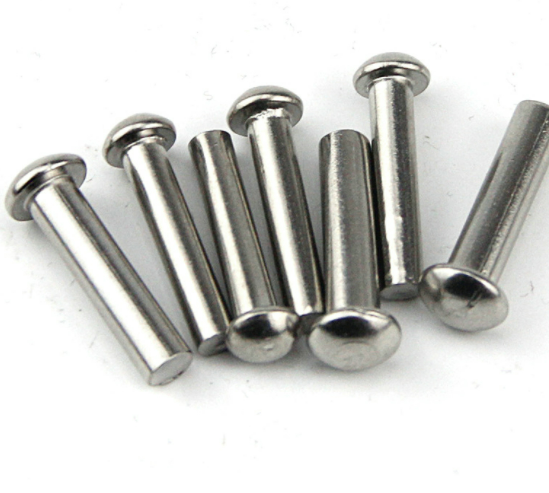 Rivets joints are fasteners that are not threaded and have a cylindrical rod with a combined head that is short in length. And it’s used to join metal plates together in planes, boilers, and mechanical structures.

They are initially made with one head, and then the second end is added when the rivet is pressed through holes in the components to be joined.

The most common materials for rivers are steel and Aluminum. Aluminum rivets are manufactured at room temperature, but steel rivets are formed at high temperatures.

The three types of loads that create applied shear stresses are torsional loads, direct shear loads, and bending loads. You can check the “Types of Stresses in Engineering” article to get a general idea about stresses.

Torsional loads are created when a component is twisted about its long axis due to the application of torque. Fasteners like rivets and pins are sometimes subjected to direct shear forces.

Stress concentration is not considered when calculating the bending stress of a rivet.

t – the grip of the rivet

The section modulus of the weakest member or rivet or rivets is calculated from I/c.

Bearing (or Crushing) Stress of a Rivet

Bearing stress or crushing stress is defined as the compressive stress at the surface of contact between two parts of a machine part that are generally at rest. But, both crushing and bearing have different meanings, so they are not the same.

This method of measuring bending stress is an assumption. And we don’t know how the load is distributed to the rivet.

Even though a hot-driven rivet expands and almost fills the hole, we usually use the nominal diameter of the rivet rather than the hole diameter.

Tensile stress is defined as the force divided by the area.

There are two types of rivets known as lap joints and butt joints. A lap joint is formed when one plate overlaps the other and the two plates are riveted together. Moreover, a butt joint is a simple technique to combine two pieces of material by attaching their ends.

But the most significant drawback of a butt joint is its brittleness. The joint may easily crack under stress. And it’s huge problem when it is used to attach moving components.

If you want to learn more about rivets, check my machine design book recommendations.