Limits – All You Need To Know Limits is all about the output function, if x is really close to a limiting number, infinity or zero.
Limits are used when when we want to evaluate a function at a particular value, but can’t substitute the value in straight because the formula “blows up”. You have to do something to the formula first.

There are few types of limits….

Type 1: In first type we take an equation with a variable x, and see what number it approaches at it reaches infinity. A simple one is 1/x. As x gets closer to infinity, it gets closer and closer to a value of zero, but it will never actually be zero.

Type 2: The other type of limit is the limit of a sum or integral of an equation as x goes from a to b where either a or b or both are infinity. Obviously something like the limit of the sum of 1 + x from 0 to infinity does not have a limit as 1+x keeps getting larger. But some equations do decrease as x gets higher than value and some of those would decrease enough that the upper limit of that sum will approach a value, but never reach it.

When does a formula “Blow Up”?

When does a limit not exist?

1/∞ is undefined. But we can still approach to a value. 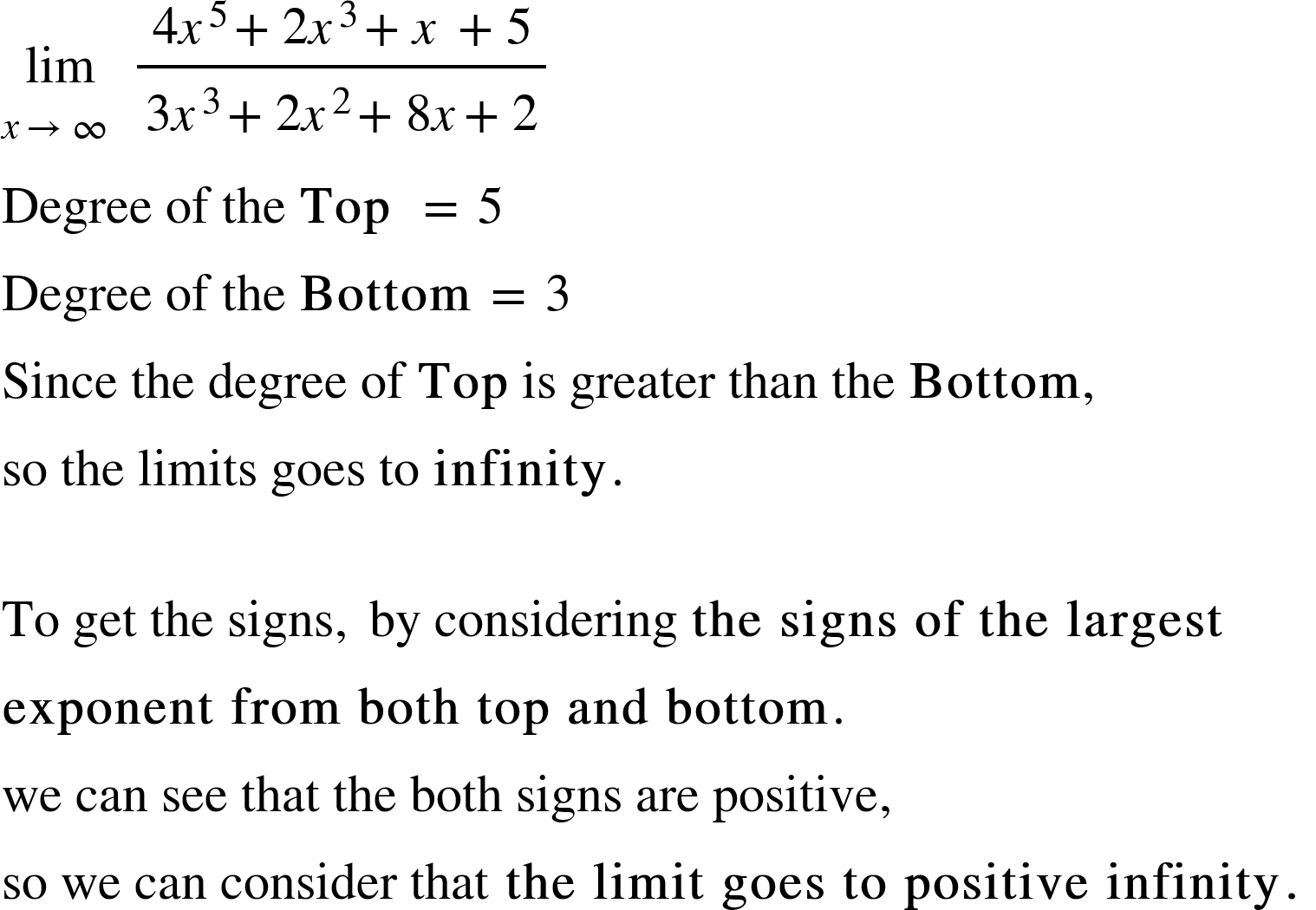